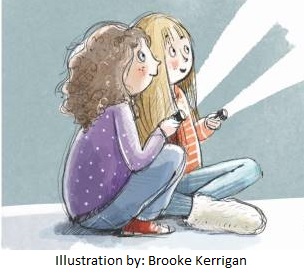 Eileen has had over 50 magazine and newspaper articles published. Her articles cover a wide range of topics: Western Toads crossing a highway at Summit Lake, BC, women who whistle, sheep farming near Victoria, B.C., the humorous side of being a BC ferry passenger, teacups used through the generations of her family, invasive plants, things to see and do along the Crowsnest Highway, and a proposed gondola up Burnaby Mountain to Simon Fraser University. She has read on CBC, and spent 3.5 years as the contributing Associate Western Editor of The Landowner magazine. Eileen was published in Letting Go: An Anthology of Loss and Survival. In 2011, Eileen moved to Nelson, B.C. for five years when her husband became the chief of police. While Eileen was a Trustee on the Nelson Public Library Board, her historic document The Story of the Nelson Public Library 1986 – 2013 was published.  And lastly, but most wonderfully, my children’s chapter book Sophie Trophy and its sequel Sophie Trophy Too were published (available from March 18, 2020 on, and prior to that date, by pre-order).